Why Heroin Is So Addictive | It Takes the Pain Away 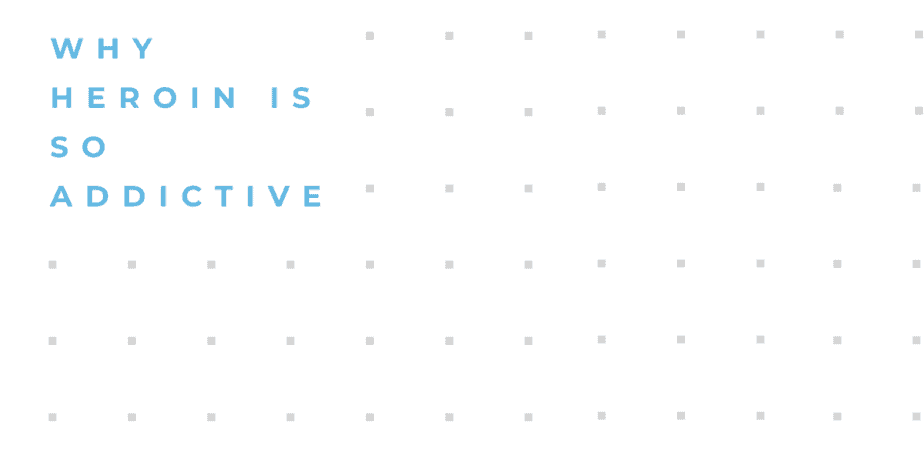 Heroin is so addictive because it’s more powerful than any opiate that exists.

Opiates are my first love. If OxyContin was my first girlfriend, then heroin became my wife.

It washes everything away.

The reason I loved OxyContin is that it gave me energy and made me feel invincible, something I loved early in my addiction. But over time, as the pain mounted and life got worse and worse, I finally switched to heroin, and I found something far superior to invincibility.

Heroin Is So Addictive Because It Makes the Pain Go Away

Addiction is strange. At first, it doesn’t take anything from you—it makes life better. You’re able to function to some degree, and when things get worse, it doesn’t matter much because all you need to do is lower your standards.

Lost the wife? Better to be single.

Lost the family? They never treated me right.

But eventually, you can’t drop your standards enough. Eventually, you have to face the fact that shit is only going to get worse.

The pain mounts, and the use mounts, and eventually you find that the heroin isn’t there to make the good times better.

It’s there to make the bad times not so bad.

Because all the times are bad.

Heroin takes it all away. There’s nothing else quite like it, except maybe hydromorphone (Dilaudid). This is why heroin is so addictive.

That’s what makes it so horribly dangerous. They call it chasing the dragon for a reason—first of all, you can never catch that high that made all the pain disappear the first time you used.

But second, and more important, is that it is a dragon. And eventually, it will destroy you.

Why Heroin Is So Addictive for Me

Once I started using black tar heroin, there was no going back. I’ve never experienced anything like that in my addiction. It was a new low.

I was snorting heroin all day long. Within 6 months, I was at the lowest point of my life that I’ve ever been at.

I was mixing it with Xanax, which is blindingly stupid. I overdosed regularly. I mixed it with coke, which again, was even stupider.

I would buy a gram at a time because that’s all I could afford after stealing as much as I could each day. I would go to the grocery store and buy powdered milk to mix it with.

I would regularly pass out at my desk with a coffee grinder I used to mix the heroin with the powdered milk. I wasn’t even trying to find a job anymore.

It got worse and worse. I would nod out at the unpaid internship I went to once a month. I would nod out while eating constantly. I would drop cigarettes while nodding out. I’m lucky I didn’t set myself on fire or my house.

It all went to shit when my brother got sick. He got an infection in his heart. It led to inflammation. I started using even harder. I made it all about me.

It was horrible. I couldn’t take it. My parents came to the hospital and saw me nodding out in my soup.

That’s how addictive heroin is. I used it to escape even when my brother needed me to be there for him. I used it to get out of my life.

I didn’t have a life anymore back then. All I had was living death. I was a zombie, and without rehab, I would be dead long ago.

Getting Over Heroin Addiction

Detox was a nightmare. Coming off of opiates is incredibly painful and uncomfortable. I’ve never experienced anything that miserable. I’ve broken lots of bones, gotten my ass beat to shit, been in car wrecks, torn my ACL.

None of that compares to being dopesick.

Being dopesick is like having the worst flu you’ve ever had in your life, flu that you could fix if you just had the right medicine.

The first three days I refused Suboxone. I just wanted to go through it and be done.

They gave me Suboxone to get through it when I finally begged for it, but that only pushed the pain off to another day. I was snorting the Suboxone the first day they gave it to me. That’s why heroin is so addictive — you can’t stop no matter what you do without help.

But things did get better. I finally detoxed when I was in a rehab where they forced me to get off Suboxone. It was the best thing I ever did. I think if I had stayed on it that I would have never stayed sober as long as I have.

I know a lot of people who tried Suboxone to stay sober. It didn’t work for them.

Detox from Suboxone was like a longer, less painful version of heroin detox. The withdrawals mostly sapped me of energy and made me sleep a lot. I didn’t stop shitting liquid for almost a month.

But things got better. I started working the steps. I got a sponsor and did exactly what he said. Two weeks into sobriety, and I stopped obsessing about getting more heroin.

That was a strange thing to experience, the not wanting. I had wanted heroin every day after the first time I tried it.

In 45 days I was carrying the message of the 12 steps to the rehab I had just been in.

That was 9 years ago. I’ve been sober ever since.

It IS possible to recover from heroin.

Heroin was end-stage addiction for me.

Heroin is so addictive because it gives you a way out, but getting sober is so much better, and in the long run, so much easier.