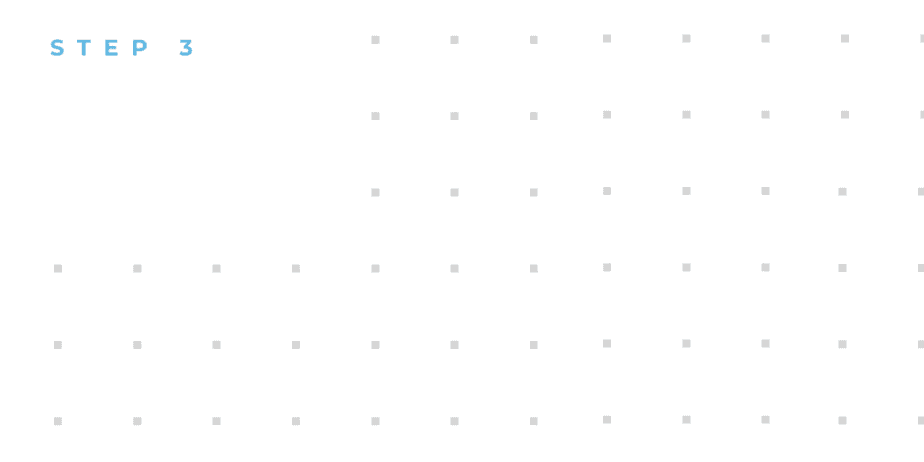 Step 3 of AA is something I’ve seen hundreds of people struggle with. It’s so hard that many people just can’t get past it at all.

But step 3 doesn’t have to be so bad. There are a few ways of looking at it.

But first, I want to talk a little about the God problem.

It Doesn’t Have to Be God

Here’s the wording of the steps:

“Made a decision to turn our will and our lives over to the care of God as we understood him.”

From the outset, a lot of people are going to see that and say “Nope—not for me.”

Because they don’t believe in “God” with a capital G.

And you know what?

I totally understand that.

I struggled a lot with the idea of “god” when I came into the program. I had a powerful, strange experience when I was 24 where I felt the presence of something while I was detoxing from opiates on Suboxone.

I didn’t know what that thing was that I felt. I thought maybe it meant I was crazy. Maybe I was and still am, who knows, but in that moment, I came to believe that there is something out there.

But to call it God? I didn’t know about all that.

I’ve been sober for 9 years and I still don’t call my higher power God unless I’m trying to simplify things for someone. It’s easier to use that word because most people have an immediate idea in their heads of what a god is.

It’s powerful enough to keep me sober, but that’s it. It’s not God the way most people mean it. It’s not a god at all.

But it works, and that’s all that matters.

So while this was my understanding of a power greater than myself when I got sober, I still struggled with the idea of how to turn my will and my life over to something I barely understood (and honestly, didn’t understand at all).

Fortunately, my sponsor made it easy for me.

My sponsor asked me if I could just throw out the idea of turning over my will and my life and if I could instead agree to work the steps to the best of my abilities, one day at a time.

Basically, my step 3 was to commit myself to the 12-step program of Alcoholics Anonymous, and that was it.

The 12 steps were my higher power in the beginning. Even though I believed in something else, in terms of the actions I took, I made the AA program itself my higher power.

And you know what?

I stayed sober for 30 days when I couldn’t make it a single day without using or drinking.

In fact, for 8 years, I used and drank every single day.

30 days was a miracle, and it happened when I said that I would devote myself to the 12 steps and work them to the best of my ability.

That’s how I demonstrate that I’ve turned everything over. That’s how I turn step 3 of AA into reality—by never giving up on the 12 steps.

The Step 3 Prayer of AA

“God, I offer myself to thee, to build with me and to do with me as thou wilt. Relieve me of the bondage of self that I might better do thy will. Take away my difficulties, that victory over them will bear witness to those I will help of thy power, thy love, and thy way of life. May I do thy will always.”

That’s a prayer I still pray, even though I don’t believe in the classic version of God as religions would have it.

The closest that any “religion” comes to my understanding of a higher power is probably Taoism.

Basically, Taoism says that there’s a power in the universe and that this power is unknowable.

That makes sense to me.

I’ve seen things that seem like signs and felt things that feel like a presence, but it’s never been for sure, never something I can pin down and say, “Yes, here is god.”

But it doesn’t really matter.

I’ve turned everything over to this power by working the 12 steps.

That’s all you have to do.

If you’re struggling with step 3 in AA, I promise you that you’re not alone.

Try to focus on the action that you need to take. Step 4 is action. Move past this step, work on step 4, and see if your life changes.

And if you’re still struggling with step 2, read my post on it here.

Step three was extremely confusing and it might have been possible that all the flowery language used in the rooms made it even ore confusing. Nine months into recovery I was having a hard time with “turning it over” and “let go and let God”. Honestly the whole God thing was confusing and hearing people use these phrases to explain it made things even more confusing. I failed to see how there was action in this and kept using step three as a spiritual bypass. If I turned it over to God that meant I didn’t have to do shit afterwards because it meant that it was in God’s hands.

One day someone who I found extremely annoying explained it to me in a way that I finally understood. Someone was quoting page 417 and that confused the fuck out of me again because the language is beautiful and flowery, but there’s no action behind it except what I understood as a spiritual bypass. That person pointed to page 420 in which I was given the advice that I had to do the work that was in front of me and leave the results of the work up to God. It was not just a catharsis, but also a catalyst in my recovery process. I was able to finally stop being paralyzed by the language of the Big Book and worrying about what God was or wasn’t. I just had to take action and the results of the actions would change my life even if the results weren’t what I expected they were what I needed.

So true Andres! The action is what matters. When I take action, my life is naturally “turned over.” All I have to do is keep working the steps. Thank you for reading and commenting!