What Rapid Cycling Bipolar Disorder Is and How It Works

This can include four or more episodes over the course of about twelve months and may come and go, depending on the patient’s treatment and course of bipolar.

It is not an explicit diagnosis, but rather a descriptor for the kind of bipolar a person is experiencing.

Mood swings are often unpredictable, and these cycles of episodes may be random—occurring monthly, weekly, or every once in a while.

Who Is at Risk for Rapid Cycling Bipolar Disorder?

It’s estimated that about 5% to 10% of people with bipolar disorder will meet the diagnostic criteria for rapid cycling disorder. While scientists have yet to pinpoint the cause of the condition, they have identified a number of common risk factors.

Medications may also contribute towards developing rapid cycling disorder. For example, studies show that antidepressants might increase the risk for developing symptoms and may be associated with future depressive episodes.

Additionally, thyroid conditions like hypothalamo-pituitary-thyroid (HPT) can contribute to the disorder.

Bipolar disorder and rapid cycling bipolar disorder have a strong impact on a person’s life. It can negatively impact a person’s ability to function in healthy, productive ways, which only increases more stress and triggers.

As a result, patients who struggle with bipolar often turn to substances such as drugs and alcohol to cope with their symptoms and the layered stress in their life.

Unfortunately, this can lead to substance abuse, which does not help reduce the effects of rapid cycling bipolar disorder—it only exacerbates them, creating another large set of new, dangerous symptoms.

This co-occurring of addiction and rapid cycling bipolar disorder is relatively common.

Therefore, they should be treated equally and seriously with a systematic multi-disciplined approach.

The significantly higher rate of comorbid panic disorder in patients with rapid-cycling bipolar I disorder may add challenges for managing this subgroup of patients.

Those with rapid cycling may experience:

Oftentimes, people diagnosed with bipolar disorder were sent to mental health facilities while patients who suffered from drug and substance abuse were mainly sent to rehabilitation centers.

However, this separation led to higher rates of relapse and less effective treatment strategies.

Luckily today we’re seeing a paradigm shift when it comes to treating a patient’s mental health, looking at the whole person rather than individual diagnoses.

This is often seen in patients who abuse drugs and alcohol and are also struggling with a mental health illness, such as bipolar. Treatments for this often align with the steps: detox, assessment, treatment, and aftercare.

Detoxing involves the addict tapering off their drug or substance that they used to cope.

Depending on the severity and drug, this can take weeks or months, and may involve medications to help assist the patient.

Once the patient has detoxed, they’ll be assessed for the physical and mental health and have their history of addiction be reviewed.

From there, the patient can get the treatment and help they need to move forward.

After an assessment is made, a treatment plan is formed to help treat both the mental illness and the addiction.

By treating both simultaneously rather than separately, the patient is at a lower risk for relapse.

Treatment plans include seeing a psychiatrist for medication prescriptions and therapy, whether that is group or individual.

You are never truly “cured” of a mental illness or addiction, but your treatment plan is meant to be used and to take with you moving forward to combat the symptoms and temptations for relapse.

Aftercare includes anything from maintaining regular therapy to working with social workers who will ensure that you are placed in the best situation possible—whether that’s your home, a halfway house, long-term treatment, or an alternate living arrangement.

There Is Hope for Rapid Cycling Bipolar Disorder Sufferers

Rapid cycling bipolar disorder is a descriptor used to further distinguish and define the kind of bipolar someone is experiencing.

Because there are random and frequent mood swings, a person who is struggling may turn towards coping mechanisms that only exacerbate their symptoms, rather than help them.

This is why it’s so important to consider a person’s entire history, and not just one issue at a time (i.e. addiction vs bipolar vs depression).

By treating a person as a whole, there’s less of a risk for relapse and more of a chance of balancing out the person’s symptoms.

The treatment and care are ongoing, and once the patient finds the right balance of medication, therapy, and healthy coping tools, a person who struggles with rapid cycling bipolar disorder can find themselves in a healthy, peaceful place.

Learn more about the signs of bipolar disorder. 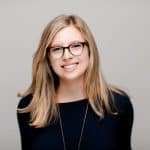 Signs of Bipolar Disorder | 21 Symptoms to Look for