MDD | This Is What Major Depressive Disorder Looks Like 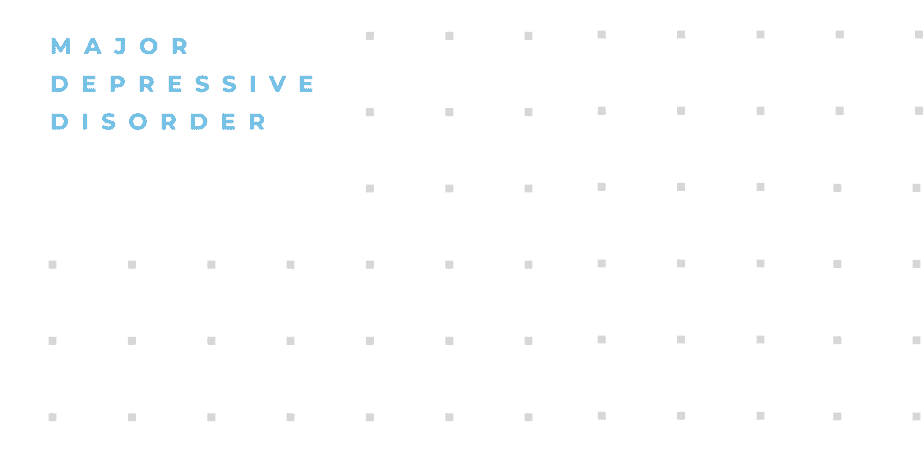 MDD (Major Depressive Disorder) is something I’ve suffered from my entire life.

We always talk about MDD as a disease, but what does that mean really? Does the disease model make a difference in how something like this affects my life?

MDD as a Disease

Defining MDD as a disease means that it has nothing to do with circumstance. It means that I feel depressed even when things are good.

It means that those stupid goddamn people who offer me meaningless comfort aren’t doing anything to help because, even if I agree objectively that I have a good life, I don’t care because my brain is wired wrong.

Depression is like a weight on your back, but it’s more than that — it’s a weight choking you from behind, a weight that never moves, that never improves, that never gets better from these worthless words that other people seem to think will solve the problem.

There are a number of symptoms of MDD that you can find all over the internet, but I’m going to share my symptoms:

The thing that makes all of this so much worse is that MDD goes on and on and on, and it takes and takes from every part of your life.

MDD Amplifies the Bad and Dampens the Good

MDD is an amplifier and a dampener. It amplifies the bad things in life, the tiniest problems. Minor inconveniences become impossible barriers. Major problems become catastrophes that cannot be overcome.

It dampens the good. Achievements are colored with a black lining. You always wonder when they will fall apart. It always seems that things fall apart. It dampens things that should bring you joy, dampens your spirits, dampens what little motivation you might have once had.

It keeps you from getting up in the morning because the more sleep you get the less suffering you have to endure.

That’s what so many people just don’t get when it comes to MDD. They think that it’s just a situation where you should “just go get some help.”

They think it’s so. Fucking. Easy.

I mean, if I can barely get out of bed in the morning, if I want to spend all day in bed and not do shit but watch TV and get high, if I ignore phone calls from friends and family and want nothing to do with them, if I can’t even go to work or school, then how the fuck am I going to go get help for my disease?

Major Depressive Disorder and the Irony of Its Destruction

The great irony of MDD is that it destroys your ability to seek the help you need.

Then there are more barriers, each one more than sufficient to stop the entire process. We often need the help of friends and family to take us from one barrier to the next.

The Biggest Barrier Is the Doctor

Then, if by some miracle we actually get into an appointment, we come up against an even greater barrier — there’s basically no way to know what medication is going to help or what dosage is the right dosage.

So we start slow and titrate, a process that requires yet more appointments.

One of the greatest advances in modern mental health medicine is telemedicine. Telehealth appointments reduce the burden of trying to get in the car, drive to the appointment, and then endure the months-long (and sometimes years-long) process of trying to figure out what medication is right for you.

This Is the Truth of MDD. If You Don’t Get It, Then Either Try Harder or Fuck Off

If you’re reading all of this and think it sounds ridiculous, then you’ve never experienced MDD, and frankly, you have no fucking idea what you’re talking about.

This is the real experience.

If you identify with this, if you’re feeling this right now, if you think you have MDD, then you need to seek help if you’re not already seeking it.

Their goal isn’t to talk you down from suicide.

Their goal is to help you reach the resources you need to start this difficult process.

I know it’s hard. Believe me, I know. I struggled for months to keep going to the appointments, to keep trying higher and higher doses and more and more medications.

Each medication scared the shit out of me. I never knew if the meds were going to kill my creativity and motivation and discipline (because some of them had done just that).

I never knew if the side effects were going to be more than I could handle.

But I found that it was better than the alternative to take that risk. Today, I can honestly say that none of the medications are harming me. I’m not gaining weight. I’m not losing my creativity. I’m not feeling crazy.

It’s Possible to Get Better

Look, I’ve had MDD my whole life. Absolutely, from the time I was old enough to think to now, I’ve had it.

Like I said earlier, for a long time, it went undiagnosed, and I struggled, especially as my drug and alcohol problem got worse and worse.

But then I finally let the doctors do what they needed to do.

And I got on medications that helped. That actually helped.

I feel sane again. The pain is gone.

And you know what? In the last bout of depression that I had (which lasted probably 6 years before I tried to find help), I never really felt suicidal.

I felt like I just didn’t want to exist the way I was existing. I felt like I needed a break from life, no matter how many breaks I actually got.

So this is something that so many people get confused. I wrote a whole blog post about not wanting to exist, but I want to go a little bit into the subject here.

You see, most people see depression as automatically meaning that you’re suicidal, and that’s just not the case.

Instead, what actually happens is that, in many cases, you just sort of flirt with the idea of suicide.

In reality, most of us just want the pain to stop, and we struggle because many of the meds don’t work, the drugs and alcohol don’t work, and even stuff like electroshock therapy and Ketamine don’t work.

So it’s more like, we want to already be dead, to just not exist and not feel, instead of being at a point where we actively want to kill ourselves.

That’s how I felt for so long when suffering from MDD. I just wanted to not exist. I didn’t want to kill myself. It was more like I would just be super happy if I was in a car wreck and died, but I would never want to cause the car wreck because I didn’t want to hurt other people.

Even though many of us feel really angry and irritable a lot of the time, I think very few of us actually want to hurt someone else. We don’t want to kill ourselves because we know how awful that would be for our families.

We know how awful it would be for the people who found us.

We just don’t want to do it.

If you identify with this, then you should read my blog post on not wanting to exist. It explains the feeling in detail.

If You’re Suffering From MDD, Don’t Give Up

The last thing I want to say to you about MDD is that it really can get better — I promise.

Just don’t give up.

I know you’re a survivor. I know you are because you’re reading about this instead of wallowing in the self-pity that I know all too well.

Keep trying. Keep going to the doctors. Keep giving it a shot.

You’re life is worth it.

MDD doesn’t have to control you forever.

Adam,
I don’t have any idea what your talking about when it comes to depression. And thank God for that.
But what I can say is good for you for continuing to try until you found the right medications. And just as important you are reaching out to the people that need to hear your recipe for success.
Not only are you a great writer, your a carrier of the message, the best in my opinion. Keep up the nice work thank you for your gifts.

Autism and Bipolar Disorder — Everything You Need to Know

Two separate mental health disorders that both have extremely large impacts on a person’s life are autism and bipolar disorder. A lot of mental health…

Read More »Autism and Bipolar Disorder — Everything You Need to Know

Christmas Depression — How to Defeat the Holiday Blues

The holidays are supposed to be the warmest, happiest time of the year, but for many, Christmas depression is a horrible reality. Every commercial and…

Read More »Christmas Depression — How to Defeat the Holiday Blues