Home » Addiction Blog Posts » Is Cocaine Addictive? Yes and No

Is Cocaine Addictive? Yes and No 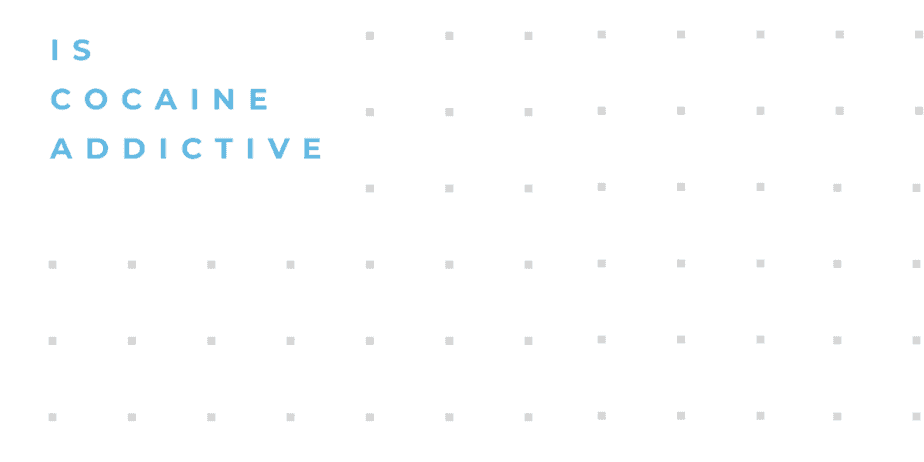 Depending on how you define addiction, there’s an argument to be made that cocaine is addictive and not addictive at the same time.

I know this sounds confusing, so let’s look at how we define addiction.

Most normal people think of addiction as physical dependence: a junky can’t stop shooting heroin because, if they do, they go through withdrawals.

For addicts like me, we know there’s a very different type of addiction in play—the mental side.

Only to find myself craving the drug a day after detoxing.

This is the mental side of addiction, this mental craving that I can never shake even when my body is completely cleared of the substance.

Cocaine withdrawal, “Results in mostly psychological symptoms.” This has been my experience and the experience of many cokeheads I know.

While I’ll have a crash after a coke binge (I feel depressed as hell and exhausted for about a day), I don’t wake up the following day sick…

But I definitely wake up wanting to do coke again. This is the way that cocaine is addictive.

Cocaine Is Addictive, but the Mental Side Is Far Worse Than the Physical Side

There’s a reason coke is so hard to put down: it makes me so incredible that I crave that feeling with a desperation any non-addict will just never understand.

It’s so powerful that it makes things that I used to love feel boring and uninteresting (the fancy word for this is anhedonia, but it’s pretty much just not giving a shit about the stuff in my life that used to matter).

Ask yourself what’s worse — feeling so sick you can’t move until you get a line of coke (this is what heroin addiction feels like), or seeing your kids and feeling nothing for them.

Or seeing your wife or husband and not giving a shit about spending a single moment with them when you used to share everything with them.

Or not wanting to exercise, or eat, or spend time on your hobbies that used to make you so happy. Not wanting to play guitar, to write, to read, to game, to talk to your friends, even to watch TV.

Is cocaine addictive if it takes away a few days of feeling physically well?

The mental side takes away the things that make you who you are and replaces you with a robot, with a depression that’s so deep after years of coke that you can’t shake it no matter what you do.

Waking up every day knowing that getting an eight ball is all you need to feel something again, to laugh, to have sex with your wife is a special kind of hell.

Physical addiction means nothing in the face of that.

Now add on top of that the fact that you can’t stop thinking about it no matter what you do.

No matter how much you exercise.

No matter how many hours you put in at work.

No matter how much you pray or go to church or chant or whatever the hell it is you do to fill the void inside you that coke ripped wider and wider until it became a black hole, impossible to fill.

The mental side is worse. And to be honest, it wouldn’t matter if coke was physically addictive in the face of that.

Got It — Cocaine Is Addictive as Hell. But What Does Cocaine Do to Your Body?

Let’s start this off by making a note that addicts generally tend to do stupid shit while they’re high. I certainly did, and that stupid shit is probably just as responsible for the harm caused to my body as the drugs themselves in some cases.

I met a girl when I was still deep in my addiction who would snort a bunch of coke and then go for runs at the gym….

How this made sense to her, I have no idea, but she developed permanent heart problems because of it. That’s just one of the many possible side effects of prolonged coke use.

While cocaine isn’t physically addictive, it can still damage your body, especially if you OD on it.

The basic effects are about what you’d expect for an upper, but everyone’s experiences will be slightly different. For me, it included:

If you have any sense, you’re probably wondering why the hell I bothered with this shit in the first place because it mostly sucks.

Oh yeah, and don’t forget that cocaine only lasts about 30 minutes, so you gotta keep snorting it or shooting it or whatever you choose, even if you don’t think cocaine is addictive.

I have no better answer for you other than the fact that I’m an addict, and I do drugs, and it doesn’t matter much whether they make me feel good or not.

I keep doing them because my brain is broken. It remembers the initial euphoria and energy and forgets the paranoia, forgets how I picked my face apart so bad I looked like I’d been attacked by some rabid badger.

It stopped being fun long before I stopped using.

There’s all kinds of other heinous potential damage that it can do to your body, like ruining your kidneys or giving you a heart attack or a stroke.

You can read more about these lovely side effects here.

Moral of the Story? If You Can’t Control Your Cocaine Use, Probably Don’t Do It

One thing I’m not is anti-drug. If you can control your cocaine use and not ruin your health, your life, or the lives of others, then I’m not one to judge — it doesn’t matter if cocaine is addictive or not.

Control is the key word here. I can’t control it, but I also got too far into my addiction to stop. Most people have the ability to stop or moderate before they become full-blown addicts.

If you’re on the edge, take an honest look at yourself, and ask yourself if you can stop, or if you need some help.

There’s no shame in admitting you can’t stop. It’s better than letting your life waste away.

If you agree that cocaine is addictive, let me know in the comments.

Subscribe
Login
0 Comments
Inline Feedbacks
View all comments
previousAre You Sober If You’re on Suboxone? I Wasn’t | I Was Snorting Suboxone
nextThis Is Why Addicts Can’t Stop

Read More »Why Is Being Sober So Boring?
wpDiscuz
0
0
Would love your thoughts, please comment.x
()
x
| Reply