Home » Mental Health Blog Posts » High Functioning Depression | What It Is, How It Feels, and Signs of HFD

Here are some of the signs that either you or a loved one might be living with high functioning depression (HFD).

Nearly every person will experience some form of depression in their lifetime, and you can even safely say that every living human knows at least one person who is living in what the medical community calls “high functioning depression.”

It is important to note that this high functioning form of depression is not usually without some other form of co-occurring mental health issue.

Managing some of these other issues can have a drastic and oftentimes quick and efficient impact at stopping a bout of depression in its tracks.

There are various issues that can cause high functioning depression in a person.

Some biological factors that can play into this on an individual basis are a person’s brain chemistry and whether or not a person’s brain may or may not be producing enough of the feel-good chemicals, such as serotonin.

Doctors and mental health professionals have had a hard time pinpointing exactly what traits to look at in a person’s brain in order to determine a risk factor that could be causing or contributing to a person’s depression.

Researchers say that a person can be at risk for high functioning depression based on the mental health condition of a person’s parents and other close relatives. The specific gene is still not yet to be determined.

HFD can be harder to detect than other mood disorders. A common trait amongst many people living with HFD are those of high achiever stature and can be better than most people at tricking everyone around them that everything is okay when it could actually be the opposite.

Life events can play a major role in a person’s mental health. I can say that my mental health took a dive down into some pretty high functioning depression after my Nana died.

It got so bad that I had to take paid leave from my job. Sometimes it takes going to great lengths to stop these types of challenges in their tracks, and I have been fortunate to have employers in the past that have been accommodating for my mental health concerns and needs.

A huge giveaway that you might have HFD is that you will often have lost interest in things that used to be your reason for getting up in the morning.

This could be no longer going to the gym for a person who is typically a health freak in any other case, or even an artist who has lost interest in picking up the paintbrush.

I think a big difference between major depression and high functioning depression is during major, one will have often given up on every aspect of their health and wellness, including as far as no longer wanting to go to work and therefore not being able to pay the bills.

High functioning will allow you to still get up and go to work as well as going through some of the motions that a person will often completely abandon while suffering from major depression.

HFD is often called “imposter syndrome” for this very reason. You become quite adept at ‘playing yourself,’ acting the role of the self that people around you expect to see and experience.

Living with high functioning depression is hard. Even though you can go through work and life and mostly get things done, you’re not getting things done anywhere near your full potential.

Aside from that, most people don’t want to acknowledge the fact that you just might have a problem because your life might not be completely falling apart from the outside looking in.

If and when you do have a bad day while living with HFD, a bad day can be painfully brutal and exhausting to get through. You might be still getting work done, but it is far from your best. Whatever you are getting done also will take you twice as long to complete.

People with high functioning depression often feel as though they have to defend themselves when it comes to their mental health, almost like the mainstream mental health community doesn’t want to acknowledge that HFD is a legit mental health issue worth even discussing.

This stigma can make it hard for people to want to seek help and often end the day with intense feelings of shame and defeat.

One of the most difficult things about HFD for me personally is the inability to want to get out of bed on the days I don’t go to work like every other normal human being.

Oftentimes just going to work alone is a big deal in itself. Of course, I would try to hide that from my coworkers and loved ones, but at the end of the day, it is only ourselves that we are fooling.

People with personality traits like being prone to negativity, codependency, or low self-esteem are among those that are at risk of HFD or any other form of depression for that matter.

A history of other mental health disorders such as personality disorder or bipolar disorder can be predecessors for depression.

I’ve talked about a few warning signs for those living with high functioning depression, so what are some of the more healthy ways to deal with it?

There are a lot of ways to treat depression, whether it is major depression or high functioning depression.

One or the most popular methods is to stick to a mood stabilizer or anti-depressant regimen.

I know that it can seem silly and lousy to have to talk to your doctor about something vulnerable like this, but I promise recovery from depression is available, and we can’t let the stigma associated with medication keep us from something that might actually help.

Depression can be treated without meds for people that are looking for a holistic approach for fighting the huge weight that often comes with living with HFD.

One of the best ways to get your brain to wake up and start to make more serotonin and endorphins is by getting yourself into the gym on a daily basis.

Just an hour a day of full-body training can do wonders for depression, especially if it’s something that you only really have to deal with seasonally.

Geography is a serious risk factor when it comes to mental health. I lived in Salt Lake City Utah for about 5 years, and I was introduced to my first taste of just how excruciating living with seasonal depression can be, especially when you’re high functioning.

The air quality during the winter was the top 5 worst air-polluted cities in the United States.

Being born and raised in Texas, I was not used to going a couple of months at a time without getting to spend a lot of time outside in the sun.

This made it very hard to want to get out of bed especially when the temperature was below freezing. Geography is a serious risk factor when it comes to mental health.

Don’t Be Afraid to Seek Help

Don’t be afraid to seek help if what I have described as High Functioning Depression is something that you might be coming up against every day.

You don’t have to pretend that everything is always okay.

We are all in this together. 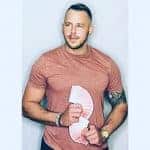 Ryan Henderson is a magician and mental health advocate.

Mental filtering is thinking in a distorted way over any considerable amount of time, which can lead to anxiety, depression, and even drug addiction. People…

Rigid Boundaries | What They Are and Why You Need Them

Read More »Rigid Boundaries | What They Are and Why You Need Them
wpDiscuz
0
0
Would love your thoughts, please comment.x
()
x
| Reply